Pigface Point is being developed as an educational site to introduce people to The Simpler Way. It is a bushland homestead 20 km from Sydney and has been taking groups through a two to three

The pictures presented here follow the tour, sketching the themes that are discussed along the way.

The main points Pigface Point is intended to make are,

THERE ARE 14 SETS OF PICTURES, each containbing about 10 pictures plus notes. 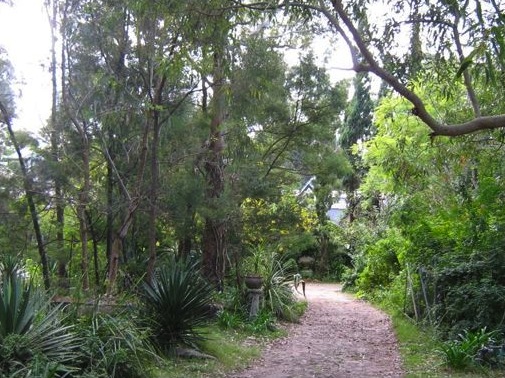 Coming down the bush track in, towards the main house, which was built from an army storage igloo and surplus materials in 1946.  We planted all the trees visible. 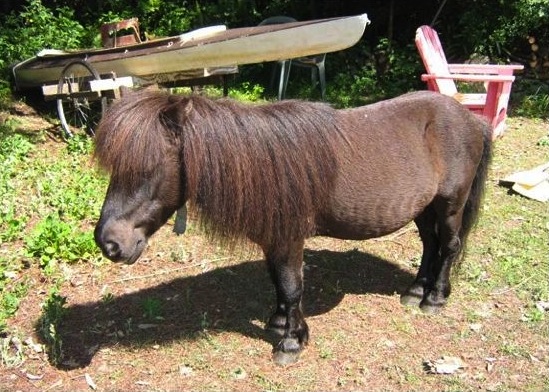 Meet Smokey the lawn mower, now about 22 years old.  He’s a good example of the Permaculture principle of getting a job done by something that will do many other jobs.  He can carry things, kids can ride on him, he makes the place more interesting…and he produces manure, which is very valuable for digging into our poor garden soil.  Collecting it is a prized leisure activity. 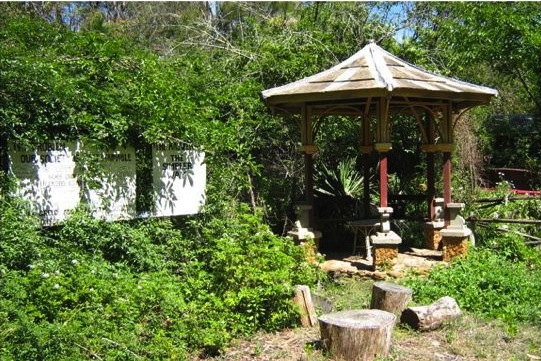 This is where the tour begins.  The signs explain the two basic themes.  The first is that consumer society is so grossly unsustainable and unjust that it cannot be fixed; it must be largely replaced.  The second theme is the argument that there is a satisfactory and attractive alternative, which we call The Simpler Way. Its main principles are, non-affluent lifestyles, mostly small and highly self-sufficient local economies, run  by us via participatory arrangements, a zero growth economy not determined by market forces, and the rejection of 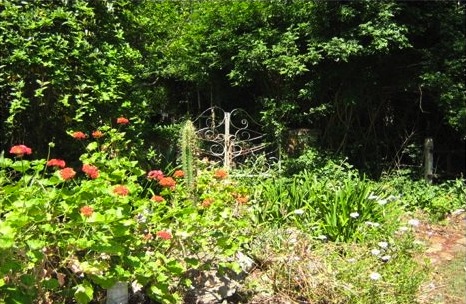 The gate to the main vegetable garden site, made from scrap aluminium. 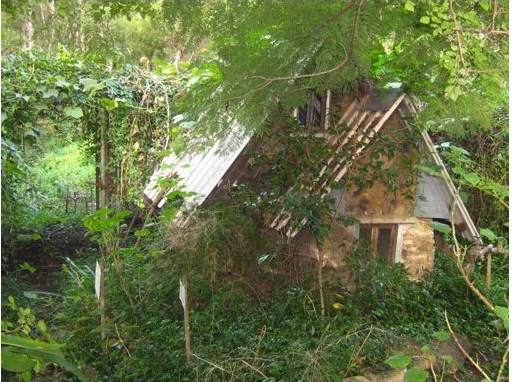 A chicken house made from mud poured between forms.  There are three pens behind it, enabling the poultry to be moved from one to the other, clearing and fertilizing them ready for vegetable planting. 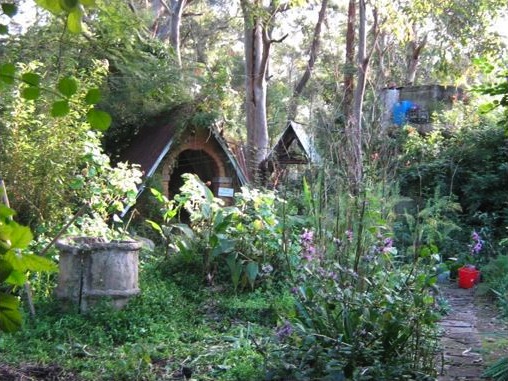 The garden shed, made from earth bricks made in a hand-operated ram.  The clay was dug from a gully about a kilometer away. 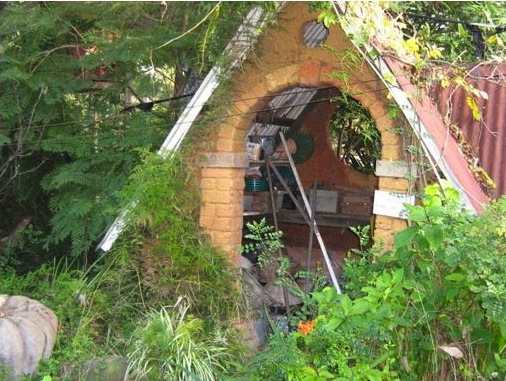 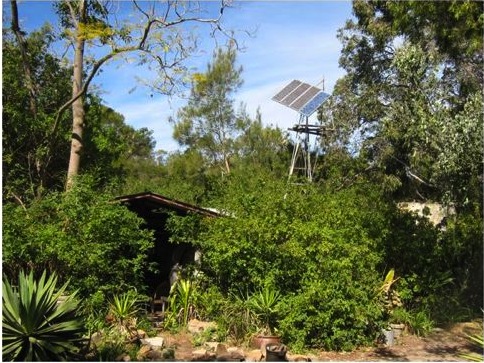 Four solar panels provide all the 12 volt electricity used in the main house and the caretaker cottage.  The site is not connected to the city grid for electricity, nor to the city water mains. 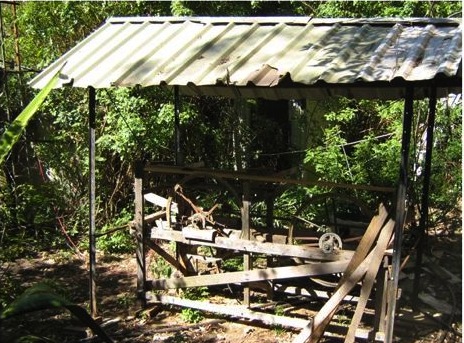 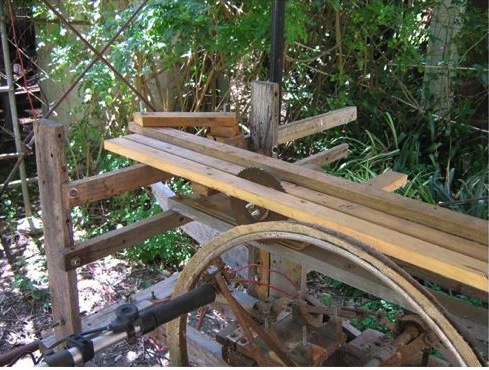 A circular saw, driven by a half horsepower 12 volt motor, capable of cutting 19 mm soft wood strips for cabinet making etc.  The big whees will be used to gear down to run a metal cutting lathe.